Why MAPS outlines the 11 critical, non-negotiable reasons why the Marine Arctic Peace Sanctuary (MAPS) is urgently needed now to protect all life on Earth.

The Arctic Ocean sustains us all, but it can only protect us if we protect it. Its ice, the planet’s cooling system, is melting before our eyes. This is a humanitarian and environmental crisis that threatens our very survival.

Why MAPS explains why the emergency is so dire for each one of us, and the profoundly practical, immediate and effective response found in the Marine Arctic Peace Sanctuary. MAPS safeguards the vulnerable Arctic Ocean while catalyzing the urgently needed global shift to sustainability.

Tap the images below to find out WHY MAPS. 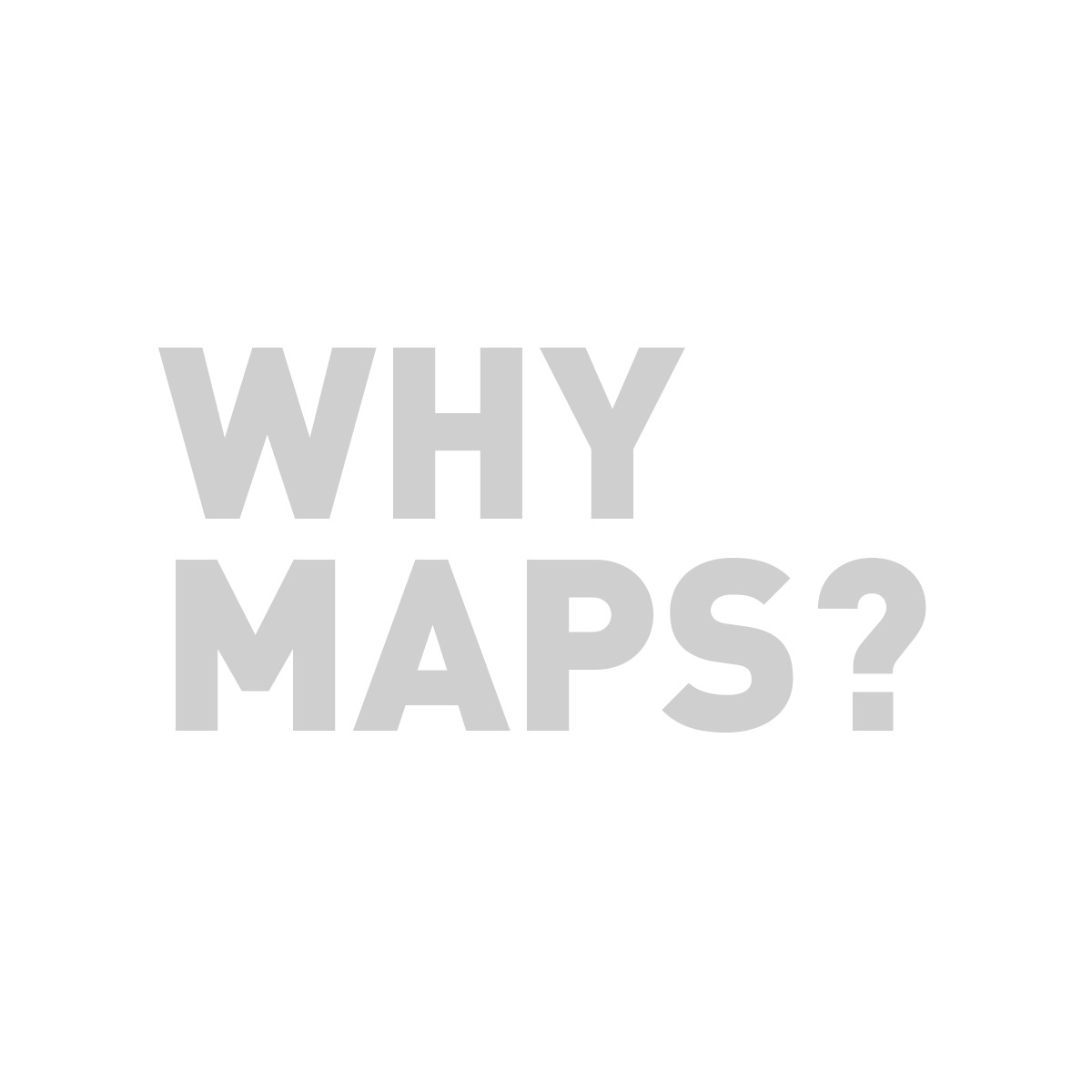 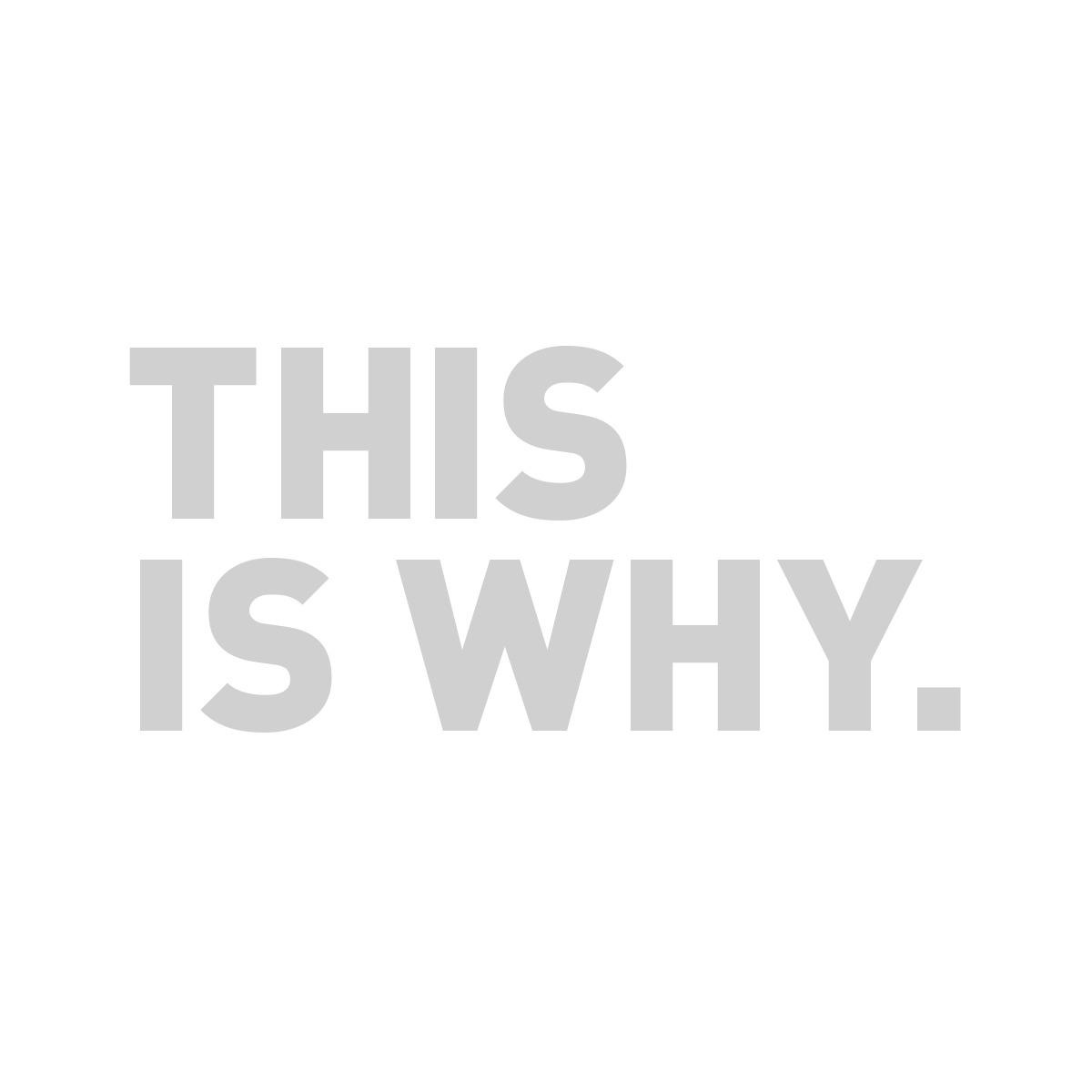 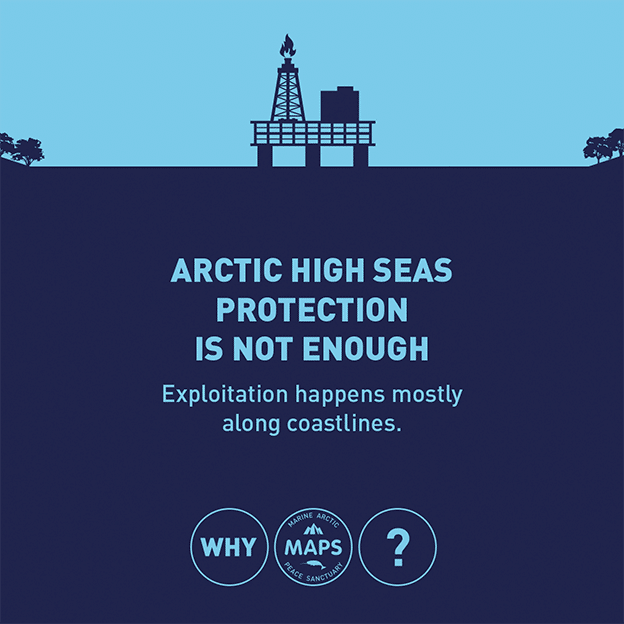 For millions of years, the Arctic Ocean has been the air conditioning system for our planet. It balances our weather patterns globally and maintains humanity’s access to food, clean water, and shelter.

Current negotiations to protect the Arctic High Seas, which only accounts for approximately 20% of the Arctic Ocean at its center, will not be enough to save the ecosystem we rely upon because most exploitation—such as commercial fishing, shipping, and oil and gas extraction—happens close to shore.

MAPS, the Marine Arctic Peace Sanctuary, protects the entire Arctic Ocean above the Arctic Circle from all exploitation, including its coastline.

21,000 scientists from 184 countries have warned that “time is running out.” We must realize MAPS now. 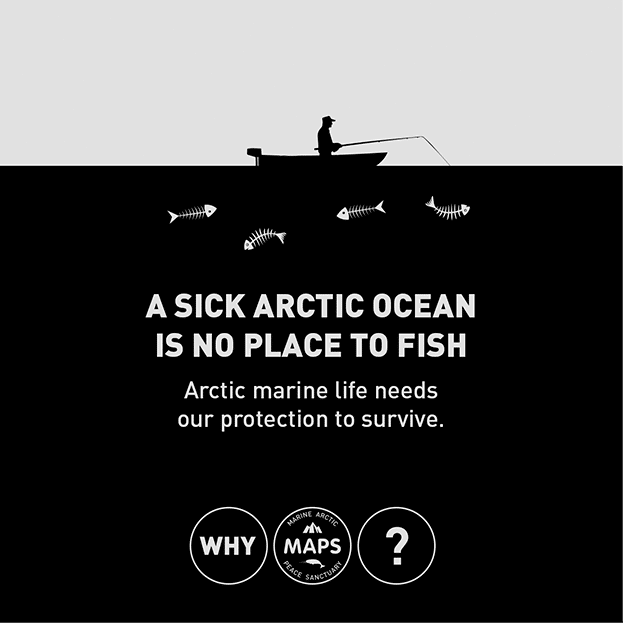 A SICK ARCTIC IS NO PLACE TO FISH.

The Arctic Ocean, home to rare and endangered species, is one of the last unexploited places on Earth. But as the Arctic heats up twice as fast as the rest of the planet, parts of its waters are now 4ºC too hot. This contributes to ocean acidification, reduced oxygenation, and overall contamination. According to the Annual Arctic Report Card by the National Oceanic and Atmospheric Administration in the US, the oldest and thickest ice in the Arctic ocean has declined by a stunning 95%.

Commercial fishing of any kind only exacerbates the destruction of this critically vulnerable ecosystem, harming fish and whale populations and their unique habitats, damaging the seabed, and polluting what’s left of this pristine environment.

MAPS, the Marine Arctic Peace Sanctuary, bans all commercial fishing in the Arctic Ocean north of the Arctic Circle. 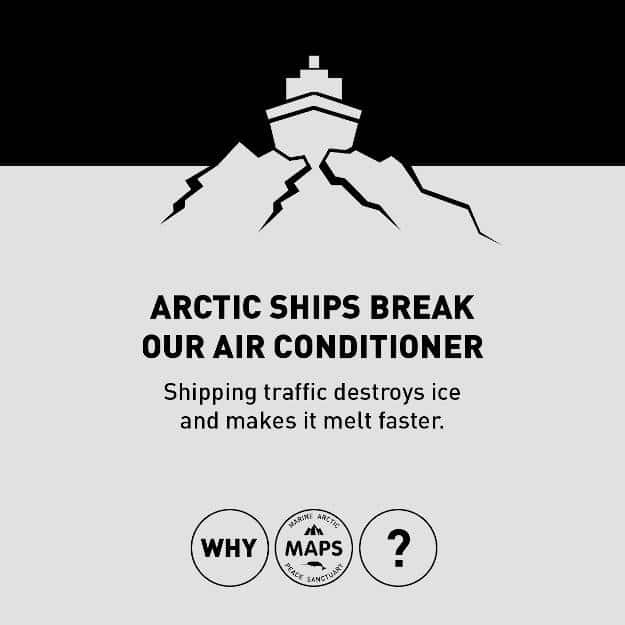 Today, there is 75% less Arctic sea ice during the summer than there was just 50 years ago. As the ice melts, the global shipping industry seeks to capitalize on the Arctic Ocean’s vulnerable state.

MAPS, the Marine Arctic Peace Sanctuary, means no shipping north of the Arctic Circle, through the priceless Arctic Ocean.

Commercial ships break up the sea ice. Their heavy fuels emit soot that accelerates its melt and weakens its ability to reflect the sun’s heat away from us.

Ship strikes are a leading cause of whale deaths. Whales capture carbon from the atmosphere and maintain healthy phytoplankton, responsible for approximately 50% of global oxygen production—the equivalent of our every other breath.

MAPS prevents these devastating losses and preserves the sea ice we depend on for our survival.

For centuries, the economy grew while shipping routes stayed south of the Arctic Circle. Arctic shipping is a shortcut to only one thing: mass extinction. 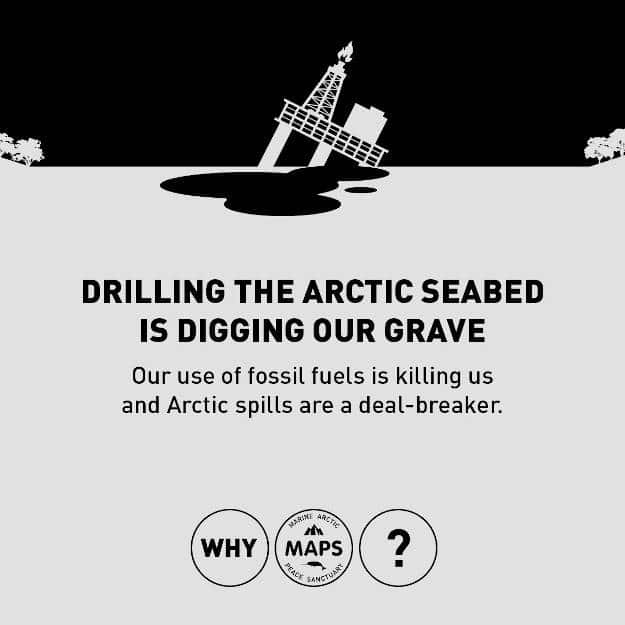 DRILLING THE ARCTIC SEA BED IS DIGGING OUR GRAVE.

Scientists have warned that the 75.6 billion barrels of oil and gas in the seabed north of the Arctic Circle are unextractable under any scenario that limits global temperature rise to “well below 2º C.”

There is also no proven effective method to contain, let alone clean up, an oil spill—especially in the remote, icy Arctic waters. A spill in this sensitive region would be catastrophic for coastal communities, marine life and the phytoplankton that contributes to the air we breathe.

MAPS, the Marine Arctic Peace Sanctuary, keeps 148 trillion kilograms of CO2 out of the atmosphere by taking all Arctic seabed drilling off the table for good. It helps pivot the world toward sustainability and renewable energy, and also brings world leaders together to affirm long-term collective good over short-term individual greed. 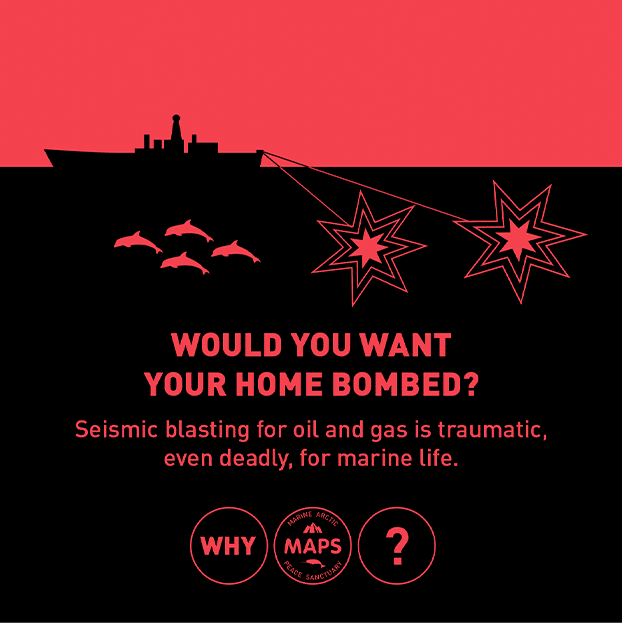 WOULD YOU WANT YOUR HOME BOMBED?

By the time I finish saying these words, seismic air guns will have blasted the seabed six times, each with a sound 100,000 times louder than a jet engine.

In light of the ecological and humanitarian crisis facing our world, seismic blasting in the vulnerable Arctic Ocean, in order to look for oil that scientists agree must stay in the ground, is senseless.

MAPS, the Marine Arctic Peace Sanctuary, stops all seismic testing in the Arctic Ocean north of the Arctic Circle for good. 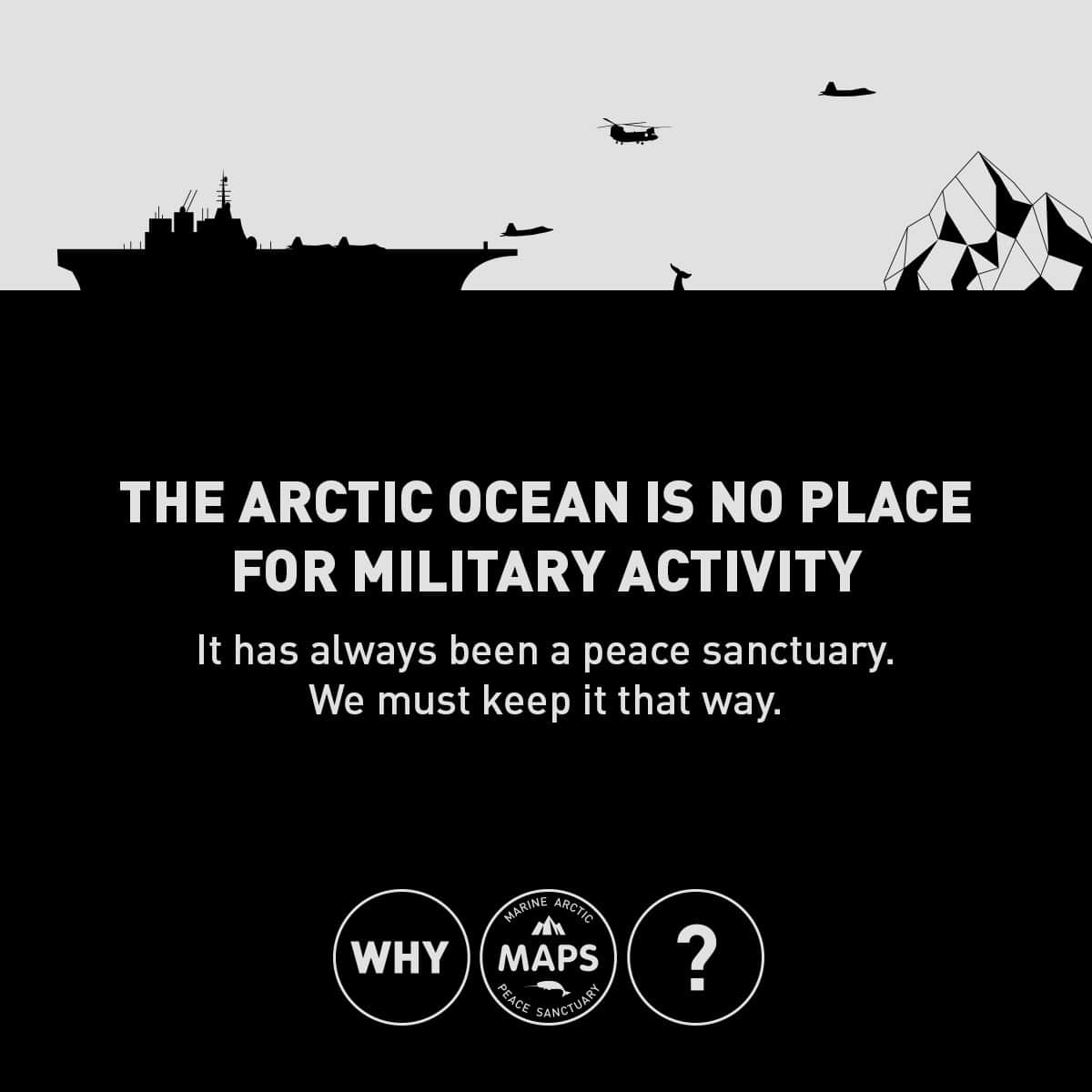 THE ARCTIC OCEAN IS NO PLACE FOR MILITARY ACTIVITY.

Due to its impenetrable ice, the Arctic Ocean has been a natural sanctuary for millennia. But now, over 10 trillion tons of that ice has disappeared.

The multiple unresolved international boundaries in the Arctic Ocean did not pose a concern while the frozen Arctic Ocean remained inaccessible to commercial interests.

Today, however, military presence—with increasingly dangerous weapons and exercises—is building up in the Arctic region in ways described as a new Cold War.

The Arctic Ocean is one of the most peaceful regions on Earth, and MAPS, the Marine Arctic Peace Sanctuary, keeps it that way. It stops all military activity in the vulnerable Arctic Ocean north of the Arctic Circle. In signing the MAPS Treaty, world leaders demonstrate bold, global-minded leadership and unite for the good of all. 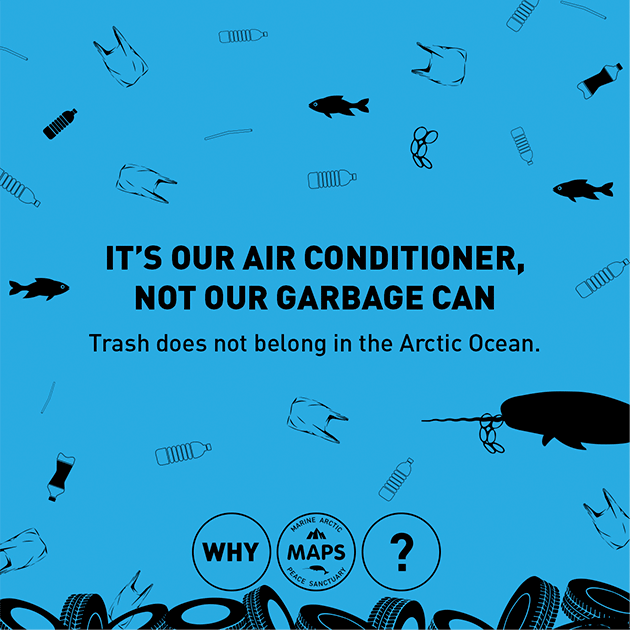 IT’S OUR AIR CONDITIONER, NOT OUR GARBAGE CAN.

Pollution to the Arctic Ocean from commercial and industrial activities threatens to damage this fragile ecosystem beyond repair.

The MAPS Treaty protects the Arctic Ocean from further contamination by prohibiting all commercial, industrial and military activities. It also expressly forbids the disposal of waste materials and other pollution.

The vulnerable Arctic Ocean is one of the last pristine regions on Earth and deserves our stewardship. MAPS, the Marine Arctic Peace Sanctuary, protects the Arctic Ocean now and for generations to come. 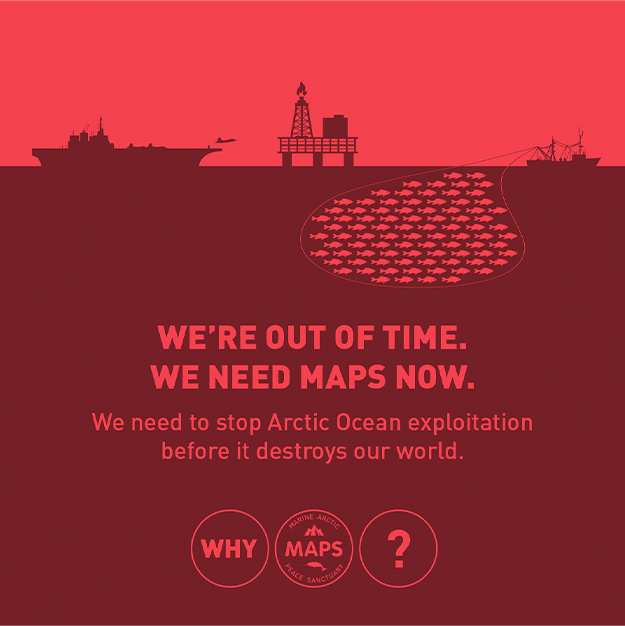 WE’RE OUT OF TIME. WE NEED MAPS NOW.

According to the World Meteorological Organization, every year, for the past twelve years, the Arctic sea ice has reached an all-time low, leaving the Arctic Ocean vulnerable to unprecedented exploitation.

Damaging the Arctic Ocean puts the whole world at risk. The cost of failing to protect it is measured in lives.

By signing the Marine Arctic Peace Sanctuary Treaty, heads of government set aside perceived regional and political differences, recognize the special role of the Arctic Ocean in supporting all life on Earth, and unite to protect nature and humankind. 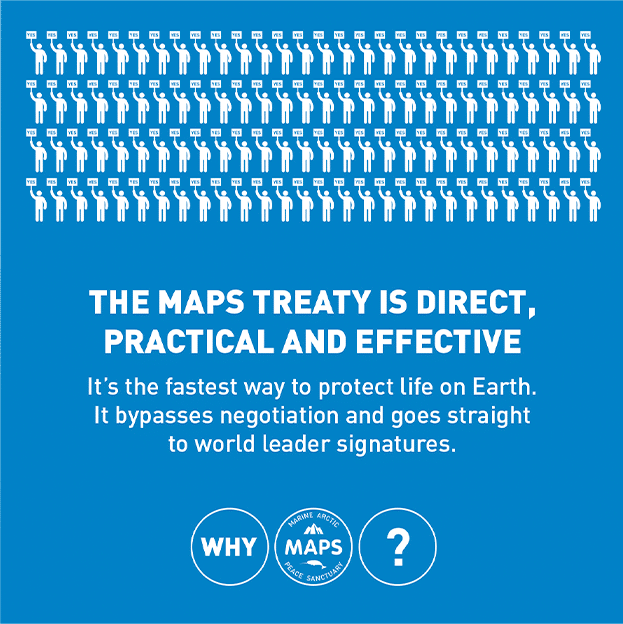 THE MAPS TREATY IS DIRECT, PRACTICAL AND EFFECTIVE.

The Arctic Ocean is under attack as never before, in our world’s greatest under-reported humanitarian and ecological crisis.

While world leaders continue to debate how to honor the Paris Agreement, the MAPS Treaty updates the United Nations Convention on the Law of the Sea to reflect the urgent necessity to protect the Arctic Ocean, our planet’s cooling system.

Treaties normally take decades in negotiation—time our world doesn’t have.

MAPS, the Marine Arctic Peace Sanctuary, is the most immediate, effective and comprehensive response to this crisis. To keep pace with the rapidly growing threat of exploitation in the Arctic Ocean, the MAPS Treaty goes directly to world leader signatures. With their courageous leadership, we can realize a healthier and more peaceful world now, and for generations to come. 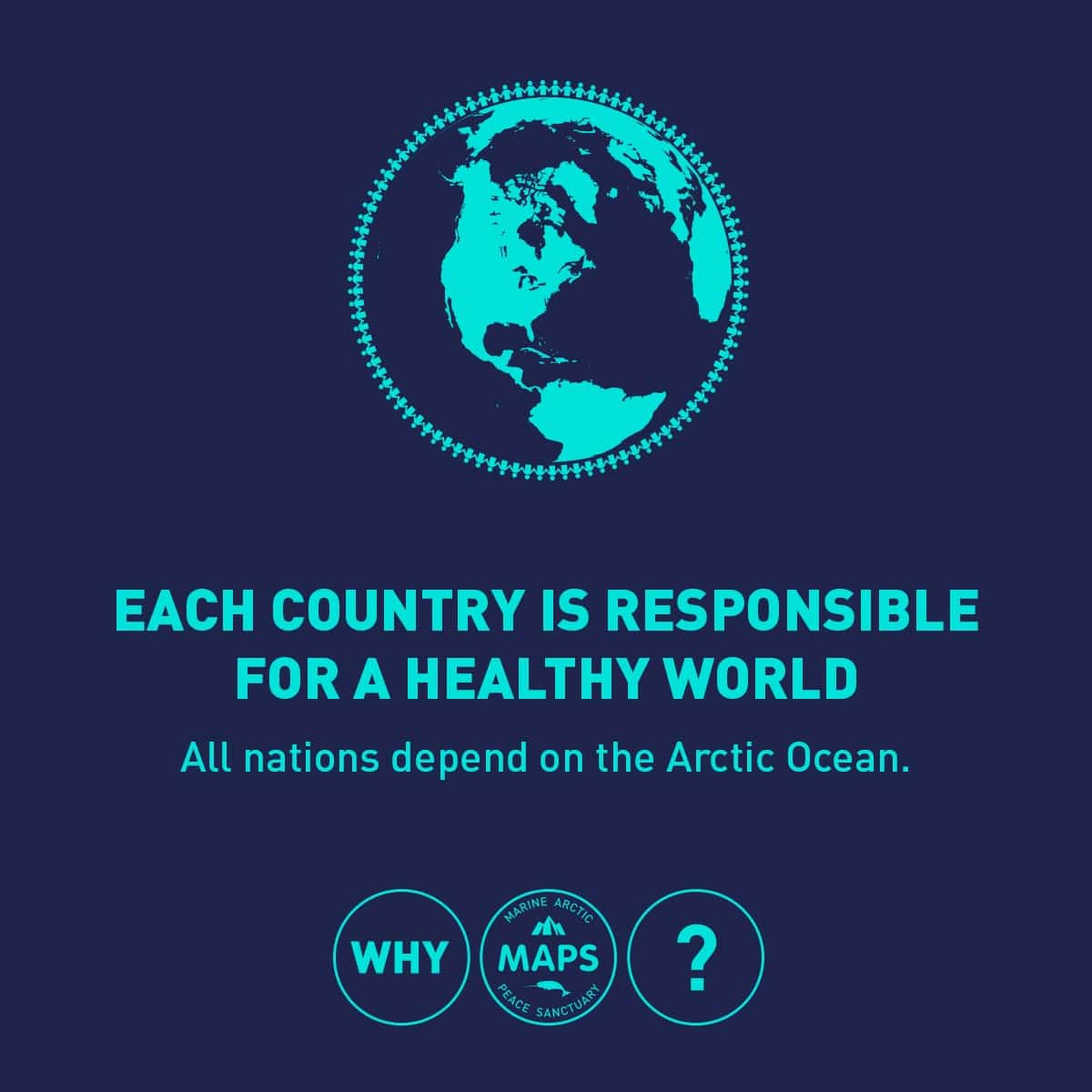 EACH COUNTRY IS RESPONSIBLE FOR A HEALTHY WORLD.

All nations, not just Arctic states, must determine the fate of the Arctic Ocean because its preservation is vital to the health of our entire world.

MAPS, the Marine Arctic Peace Sanctuary, is realized with the consensus of 99 countries. Momentum has begun in the equatorial region, where heads of government recognize that the survival of their people is tied to what happens in the Arctic Ocean. Small island and climate vulnerable nations have done the least to cause damage to Arctic sea ice, yet they face some of the most severe effects of its loss: disappearing coastlines, ravaging storms and rising food instability.

Each country is responsible for a healthy world and must follow the lead of the nations on the front lines of our global crisis. We can’t live without a protected Arctic Ocean. We need MAPS now. 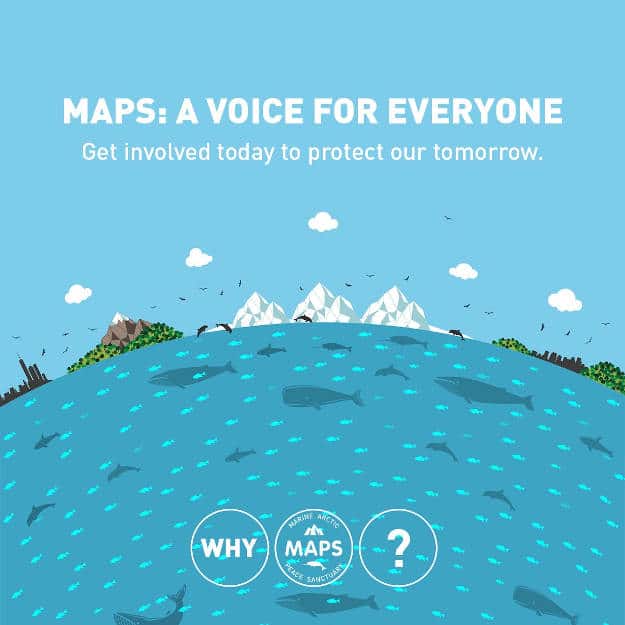 MAPS: A VOICE FOR EVERYONE.

Life on Earth began in the oceans. They cover over 71% of our planet’s surface and produce approximately 50% of the oxygen we breathe. But today, the oceans are in grave danger. We may try to look the other way, but we remain inescapably connected with them. Their demise is our very own.

The Arctic Ocean is a gift of life for us all. Protecting it is everyone’s birthright.

In a time of widespread strife, MAPS, the Marine Arctic Peace Sanctuary, unites everyone as one Earth family—giving voice to all nations and people equally.

MAPS is for everyone. When we stand together for MAPS, we can transform the world’s smallest ocean into its greatest strength—and literally save the world.